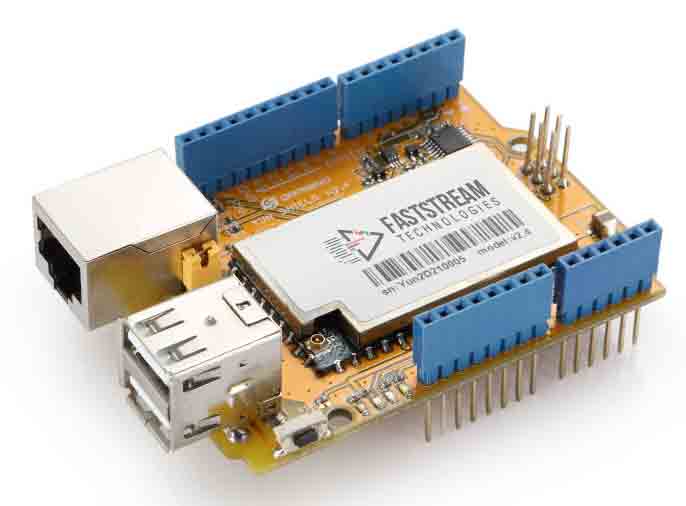 Basically, Yun Shield + Leonardo equally to the official Arduino Yun, but Yun Shield is more flexible because it can work with other Arduino board such as Uno, Duemilanove, Mega etc. And Yun Shield uses external wifi antenna which provides stability and possibility for various environments.